Have you ever tasted durian?

If you've never heard of it, durian is a tropical fruit known for its... distinctive odor and taste. Some love it, some gag over it.

First, let me say it looks like a weapon of war- a big ball of needle sharp spikes. Lob some of these bad boys over into enemy lines, and you'll take out more than a few, that's my advice.

So, I get my leather work gloves and cleaver, and the whole family watches while I hack this thing open. I cracked it open, and then the smell hits. Imagine if you will a pile of well used gym socks and trash left to warm in the summer sun and you'll have an idea of what was invading my senses.

The fruit itself looked like uncooked chicken breast. We never got close to even tasting it. (After all, how could we even tell if it went bad?) We just bagged it, re-bagged it, put it in the garbage can outside, and aired the house out.

But, recently in a store in Phnom Penh I saw durian candy! Nice! I'll give that a shot! (Plus, it's with coconut, so what could go wrong?) ...So, I bought it, ate a few pieces, and to this day I cannot decide what to think.

It tastes either like sweet, stinky cheese, and/or milky onions. And I cannot decide if that's good, or horribly wrong.

So, I passed it out to others. Most hated it, and one even accused me of wronging him after he launched it from his mouth. It was described as tasting like a dump, and even like sulphur.

But one person seemed to really like it, saying it reminded them of a sauce their grandmother made involving sardines. Okay...

It is an experience either way. If you have ever tried durian let me know what your take is. I'm curious.

(By the way, I still have some candy left, and I'm not sure what to do with it just yet.) 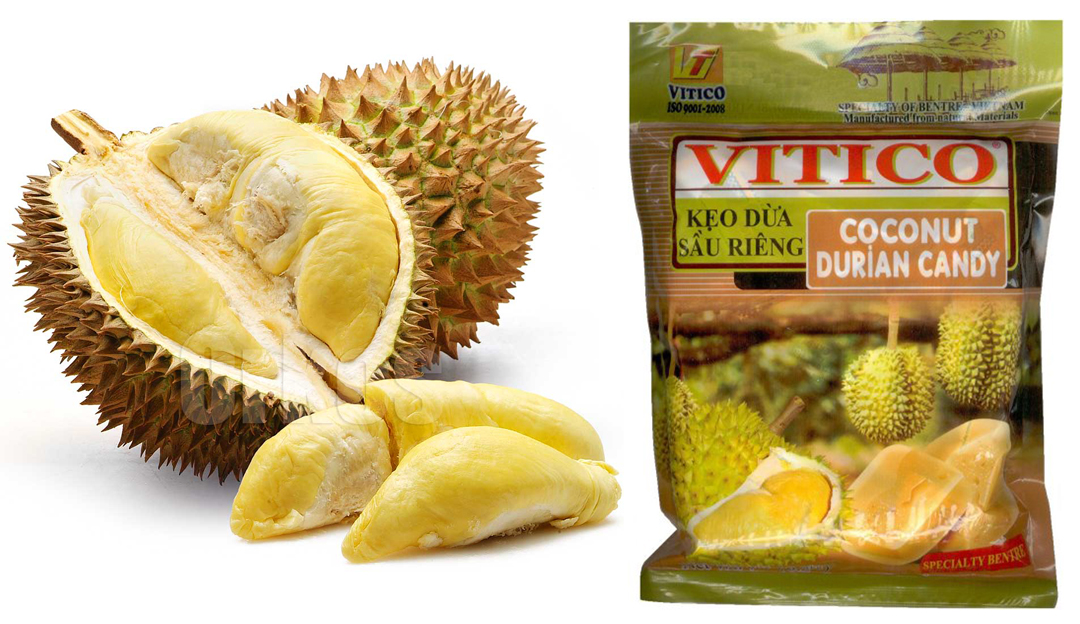