:: A NETWORK OF CHRISTIAN FELLOWSHIP FOR COMICS FANS, PROS, AND AMATEURS
Sort by
Had a great time at the miniCon in Des Moines. Thanks to the Iowa Comic Book Club for organizing the event. Thank you also to all of the people who stopped to chat with us and were daring enough to explore the big book.
Like to get something that you missed at the convention? You can still order at the website. Visit https://spiritmancomics.com
Back to the Spiritman Update tomorrow. We are going to be at the ICBC MiniCon tomorrow. It will be at the Adventureland Inn, which is in Des Moines, Iowa. Admission is free! We are bringing the "Big Book" which has been a fan favorite from our previous conventions. It is loaded with new art. We'd love to see you there.
Read more Spiritman Comics by visiting https://spiritmancomics.com 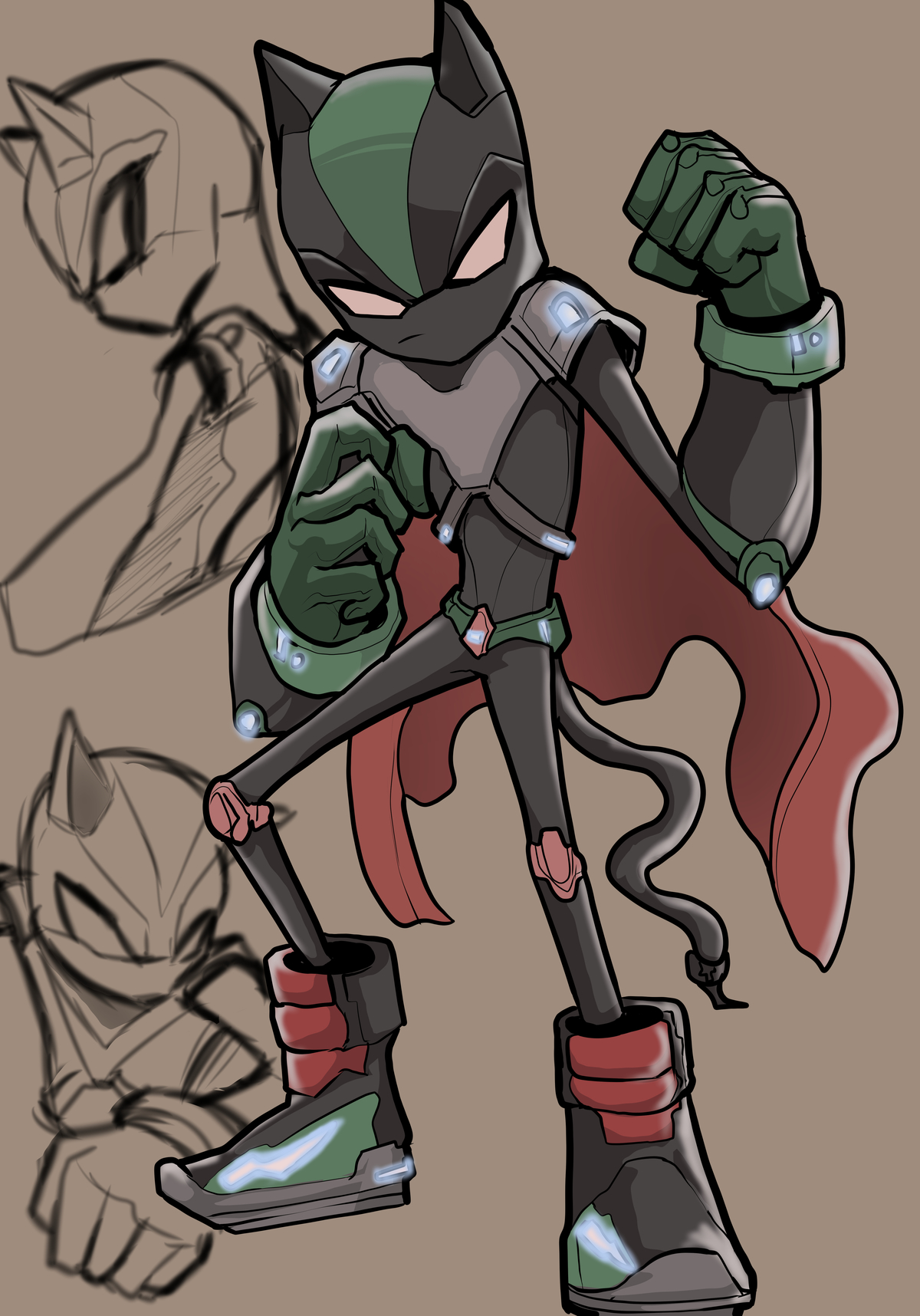 Hello everyone my name is Michael Gatti I'd like to talk to you today about Earth's Best Friends.

This is an all ages family friendly comic book series about various superheroes that must eventually come together to save the world from evil.

It's also a Christian comic book as I make various references to faith and even quote scriptures.

The cool and unique thing about this comic book is it's told in an anthology style which means each chapter can follow various characters. This would be the equivalent of having a few issues of spiderman and X-Men in one book.

They interconnect but are also telling their own story as well!

You can check it out on my website www.earthsbestfriends.co

If you sign up for my newsletter you'll get a PDF of book 1 free.

I love Martin's answers. Occasionally snarky but mostly trying to stay calm and be matter of fact.

"Therefore you are without excuse, O man, whoever you are who judge. For in that which you judge another, you condemn yourself. For you who judge practice the same things.” Romans 2:1 WMB 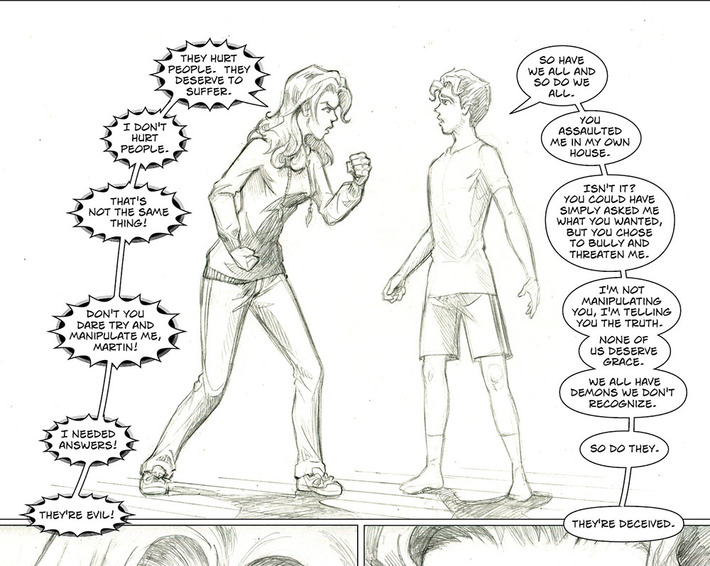 What does God have to do with our situation?

"Isn’t God in the heights of heaven? See the height of the stars, how high they are! You say, ‘What does God know? Can he judge through the thick darkness?” Job 22:12-13 WMB How can Chelsea forgive Scott without the power of Christ's resurrection working in her?

"that I may know him and the power of his resurrection, and the fellowship of his sufferings, becoming conformed to his death, if by any means I may attain to the resurrection from the dead.” Philippians 3:10-11 WMB

Who is after them? The spiritual forces of wickedness in the heavenly realms. When that happens... who ya gonna' call?

"Call on me in the day of trouble. I will deliver you, and you will honor me. But to the wicked God says,
“What right do you have to declare my statutes, that you have taken my covenant on your lips” Psalm 50:15-16 WMB The webcomic I've been drawing called 'The Sword of God' is now up on Arkhaven, as well as it's own website.

Created and written by Andrew Pacheco https://anthonypacheco.com/ The Sword of God is about A grief-haunted 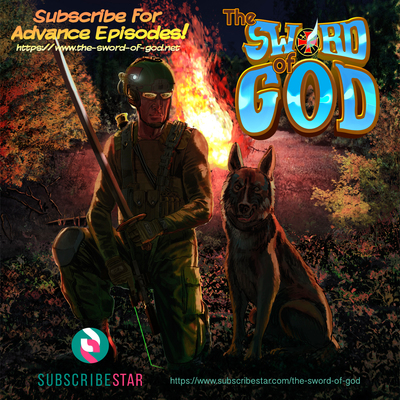 Visit the Sword of God website at https://www.the-sword-ofgod.net/ or you can read
episodes for free after they've been posted on the subscription based site at https://
www.arkhaven.com/.../supernatural/the-sword-of-god

What are the odds that our 2 thugs will even know who told them to find Chelsea? There was a shadowy figure who appeared briefly in issues 1 and 2. Maybe it was him.

"For whoever finds me finds life, and will obtain favor from the LORD. But he who sins against me wrongs his own soul. All those who hate me love death.” Provervs 8:35-36 WMB 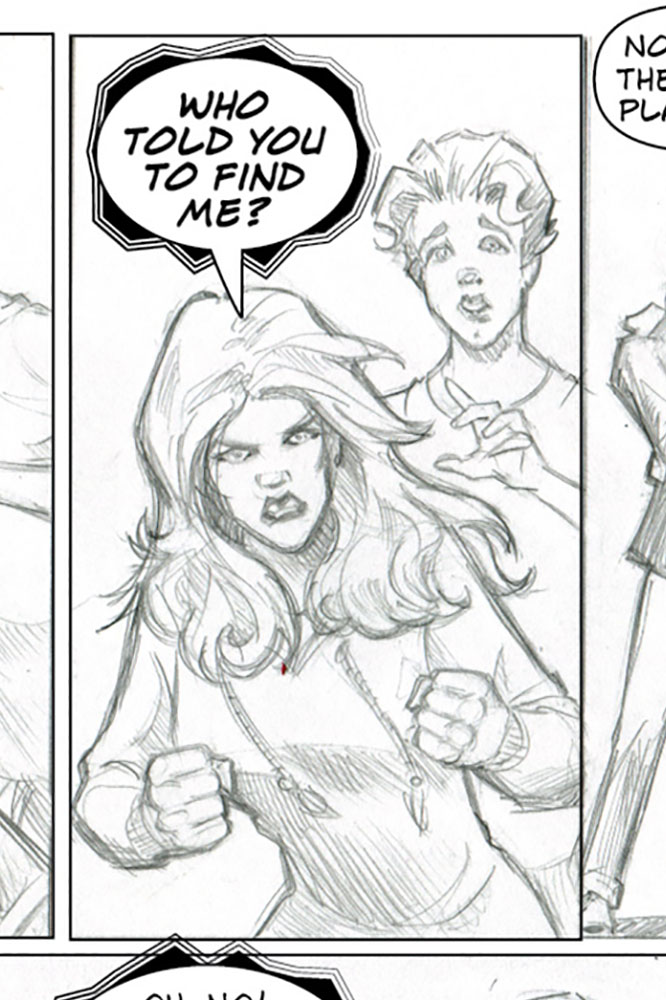 Even Martin is confused by the fact that our 2 thugs did not know why they were chasing after Chelsea.

"Then I looked at all the works that my hands had worked, and at the labor that I had labored to do; and behold, all was vanity and a chasing after wind, and there was no profit under the sun.” Ecclesiastes 2:11 WMB Read more…
Our 2 thugs have no idea why they were after Chelsea and she is incredulous.
"Therefore I take pleasure in weaknesses, in injuries, in necessities, in persecutions, and in distresses, for Messiah’s sake. For when I am weak, then am I strong.” 2 Corinthians 12:10 WMB
Want more? Check out today's bonus panel at http://spiritmancomics.com 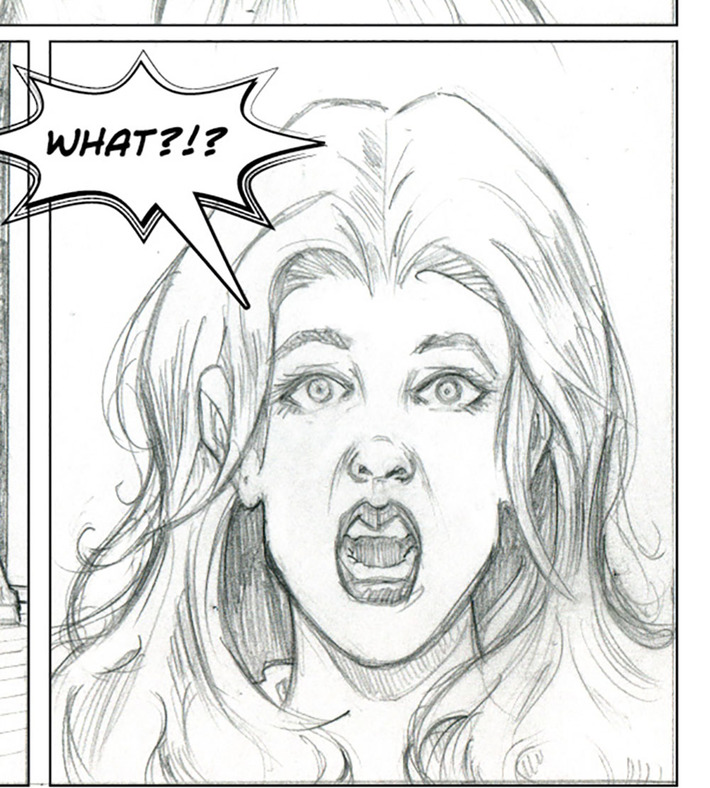 Why do we do the things that we do? How often do we lack a good answer?

"Listen to me, you who follow after righteousness, you who seek the LORD. Look to the rock you were cut from, and to the quarry you were dug from.” Isaiah 51:1 WMB 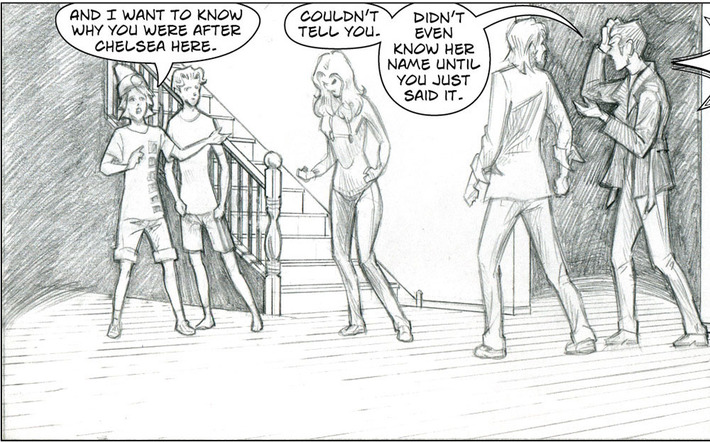 Do you find most Christian fiction to be wishy-washy and gutless; where there’s no real threat to the characters; and where the storytellers are just constantly reassuring their audience?

It’s no wonder that Christian publishing is in the tank. I’m finding that Christian book publishers, Christian distributers, (most) Christian bookstores, Christian filmmakers, and (most) Christian television networks only want material that contains that same kind of wishy-washy and gutless (i.e.: boring) stories. Over the last several years, while talking to a lot of these folks, I’m finding that they have very dumb business policies. They’ll disregard a work not based on the content, but on some dopey rule that they have.

Well, you won’t find any of that dullness in THE SWORD OF EDEN graphic novel! Now, I wouldn't say that THE SWORD OF EDEN is too terribly edgy. Honestly, it has some bite in a few places. The stories certainly aren’t boring.

I’ve been getting great feedback from readers and parents. This is not just because of the content (the story, the artwork, and the Gospel message), but also because super-heroes are quite popular. Also, THE SWORD OF EDEN is a black-and-white book. Although the graphic novel is not a Manga; black-and-white Manga books are phenomenally popular amongst teens and adults. For example, sales of the Manga, DEMON SLAYER, outsell all American comic books COMBINED.

To purchase THE SWORD OF EDEN graphic novel, just visit my website: www.theswordofeden.com Chelsea is on the edge and ready to pop.

Many of them said, “He has a demon and is insane! Why do you listen to him?” Others said, “These are not the sayings of one possessed by a demon. It isn’t possible for a demon to open the eyes of the blind, is it?” John 10:20-21 WMB

How good does it feel when someone recognizes you?

Nathanael said to him, “How do you know me?” Yeshua answered him, “Before Philip called you, when you were under the fig tree, I saw you.” John 1:48 WMB 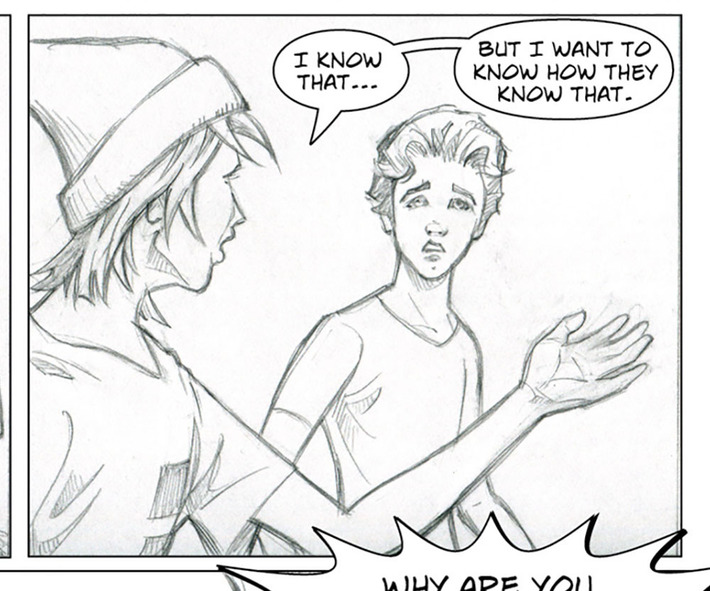 Read more…
What does it mean to know someone?
"We know that we have passed out of death into life, because we love the brothers. He who doesn’t love his brother remains in death.” 1 John 3:14 WMB
Want more? Check out today's bonus panel at http://spiritmancomics.com 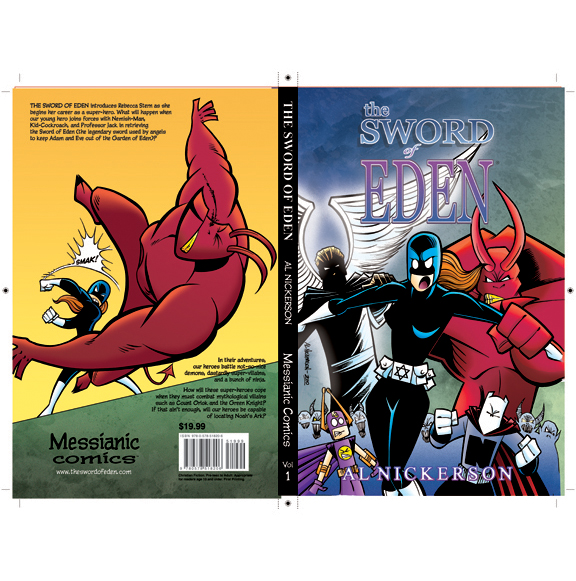 Cameron's observation is profound, but nobody seems to notice.

"You will be handed over even by parents, brothers, relatives, and friends. They will cause some of you to be put to death. You will be hated by all men for my name’s sake. And not a hair of your head will perish.” Luke 21:16-18 WMB

Do we treat our heavenly father the way we want to treat a failed human father?

"Is this the way you repay the LORD, foolish and unwise people? Isn’t he your father who has bought you? He has made you and established you.” Deuteronomy 32:6 WMB Even our 2 thugs say that's messed up.

"Turn at my reproof. Behold, I will pour out my spirit on you. I will make known my words to you.” Proverbs 1:23 WMB Read more…
First Previous of 114 Next