:: A NETWORK OF CHRISTIAN FELLOWSHIP FOR COMICS FANS, PROS, AND AMATEURS
1 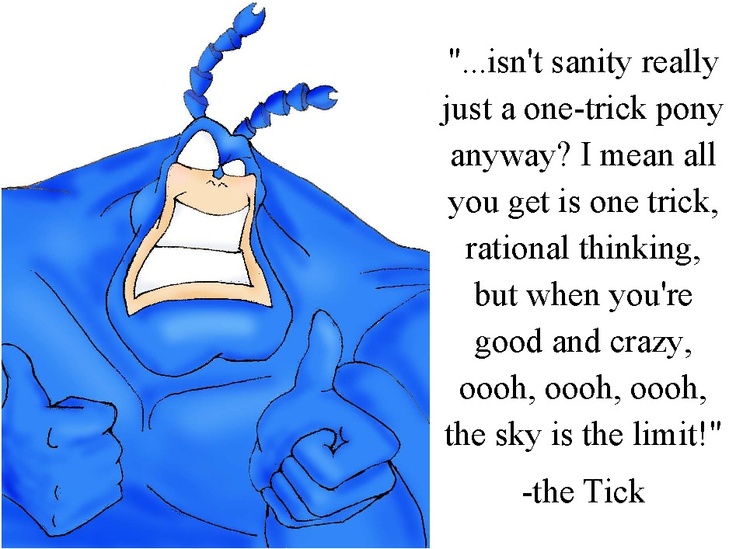 Terrible Comics. Have you ever seen any? Of course you have.
This is not going to be a rant on a comic I don't like. As a counter-proposal I would rather discuss the comics that I probably shouldn't like but love them anyway!
I have a bachelor's degree in illustration with a focus in children's books. While in college I had an entire class on aesthetics. What is that you may ask? Well I will tell you even if you didn't want to know: it is the study and philosophy of beauty. Why would I bring that up you might ask? Well, dear reader, what we find beautiful affects EVERYTHING! Something does not have to be traditionally beautiful to be beautiful to you!
I was in a discussion about movies that I love even if I know they are terrible (I like Jupiter Ascending, sorry, not really sorry...it is a fluff piece but it is pretty and it entertained me which is all I expected of it...) and remembering this discussion reminded me of comics that I like and when I try to break down what they are about and why I like them all I can think is...how did anyone ever manage to pitch this idea?!?
A few examples (then I am hoping others will send their own: Axe Cop. I mean seriously, before I even get to the rest of the list, a comic about a cop with an axe? Then you throw in a t-rex with machine gun arms. Sure. Then you find out that the artist was simply drawing a lot of what his little brother thought up and suddenly that whole set of comics makes SO much sense, and I love them. Most of the time. For the same reasons boys are both wonderful and make their mother's sometimes countdown the time until they move out.
There are others, however, I personally am drawn to anyone who toys with the idea to baby-fy characters. I am entirely into it but don't understand why it works, it just does. It's cute and if the story is done right it just works and pulls on the heart strings of every inner child. Marvel and DC have both had their go with the idea. If you haven't checked them out Giant-Size Little Marvel and Li'l Gotham are fantastic. I mean getting to see Cyclops get a dodgeball to the face is so satisfying for anyone who ever got annoyed by the leader of the X-men as I did (leaders really do get a bad rep...I mean they have to make REALLY important choices and the bigger the choice the more it really sucks for them to have to make it because you know it is just gonna piss off EVERYONE). In Li'l Gotham the thing that got me, I mean the story was enjoyable and entertaining, but the comic is entirely done in watercolors! For those of you who don't know...watercolors are hard to use. In Li'l Gotham they are not only used but used well.
Last comic I am going to throw out into the interwebs that I should not like and can't help it: the Tick. Not an animal any self respecting super hero would EVER name themselves after, but as anyone who as ever read, seen or watched any of the many iterations of the Tick can attest, he doesn't really have brains to understand that. With a slogan like "Spoon" I should not like this comic. With a sidekick named Arthur who has no real desire to be a sidekick I should not like this comic...but I can't help but turn the pages to find out what this ridiculous duo will do next.
It is now your turn. You have comics you love but shouldn't. Are they terribly written but too pretty to ignore? Are they horrible to look at but the writing is just impossible to stop reading? Is it ridiculous and random but works? Share!
Tags: why we love comics, aesthetics, the tick, axe cop
E-mail me when people leave their comments –
Follow