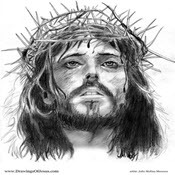 I was born in Laos, and grew up as a Buddhist. I came American in 1975 and became a Christian in IOWA in 1977 and then moved to LA where I grew up. I attended a small Plymouth Assembly chapel for 10 years and got my Christian foundation there and a the many summer camps I attended up in the San Gabriel mountains called Verdugo Pines Bible Camp. I got involved with The Navigators ministry in college and have been and elementary school teacher and a campus minister and campus staff for the Navigators and ICA, a Christian organization in Berkeley and started my own Christian club at Berkeley called Open Air in 2015.

Create and publish my own Christian graphic novel and tracts like Jack T. Chick did that would be distributed and read around the world and win souls and make disciples, even long after I'm gone to heaven.

Conan the Barbarian by Marvel, Black Widow of the Avengers fame, Clavin and Hobbes, Garfield, Flash Gordon and Prince Valiant (mostly because I like the art by Alex Raymond and Harold Foster, and Wolverine.