:: A NETWORK OF CHRISTIAN FELLOWSHIP FOR COMICS FANS, PROS, AND AMATEURS
0
Greetings CCAS Peeps!
Should I be going to bed? Probably...but what am I doing? I am traveling down the amazing rabbit hole of miniatures....
Some backstory...the company CMON had created not one but two board game versions of crack cocaine for me....Marvel United and 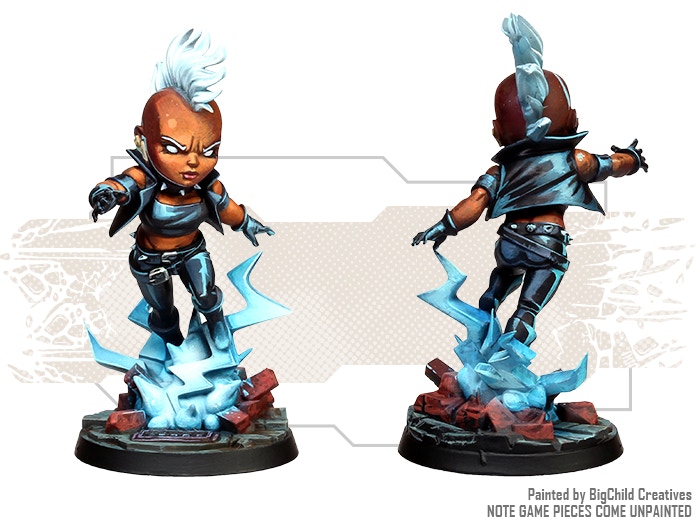 . Granted I only found them after the first set had already left kickstarter (which means I missed the She-Hulk exclusive but I'm not bitter.....much. Alright, I'm super bitter). Now I have just ordered in the late pledge of the X-Men expansion which is amazing to me because it is 1. Marvel 2. Chibi 3. A board game 4. COMES WITH AMAZING MINIATURES!
So, I get this idea: I'm an artist, so OBVIOUSLY I can paint these miniatures and it will be awesome, right? What could go wrong? Well...ok nothing has gone wrong yet....but it is tough not to get intimidated when the company releases images of what a professional miniature painter did....now I am doing the artist version of drooling. Not actually drooling because I like my rainbow keyboard too much, but you get it.
For anyone else interested in going down the same terrifying journey of learning how to maybe, sorta, kinda, if you turn your head and squint a bit and paint miniatures the way the amazing artists did from Bigchild Creatives in the provided example of Mohawk Storm I have posted a link of a tutorial provided by the Bigchild Creatives studio who gave a tutorial on painting miniatures.
Tutorial Link: https://bigchildcreatives.com/northern-wind-75mm.../
Also, if anyone is interested in the kickstarter: https://www.kickstarter.com/.../marvel-united.../description
Also, also...anyone have tips on kinds of paint or tips on where to start the possibly unending google search?